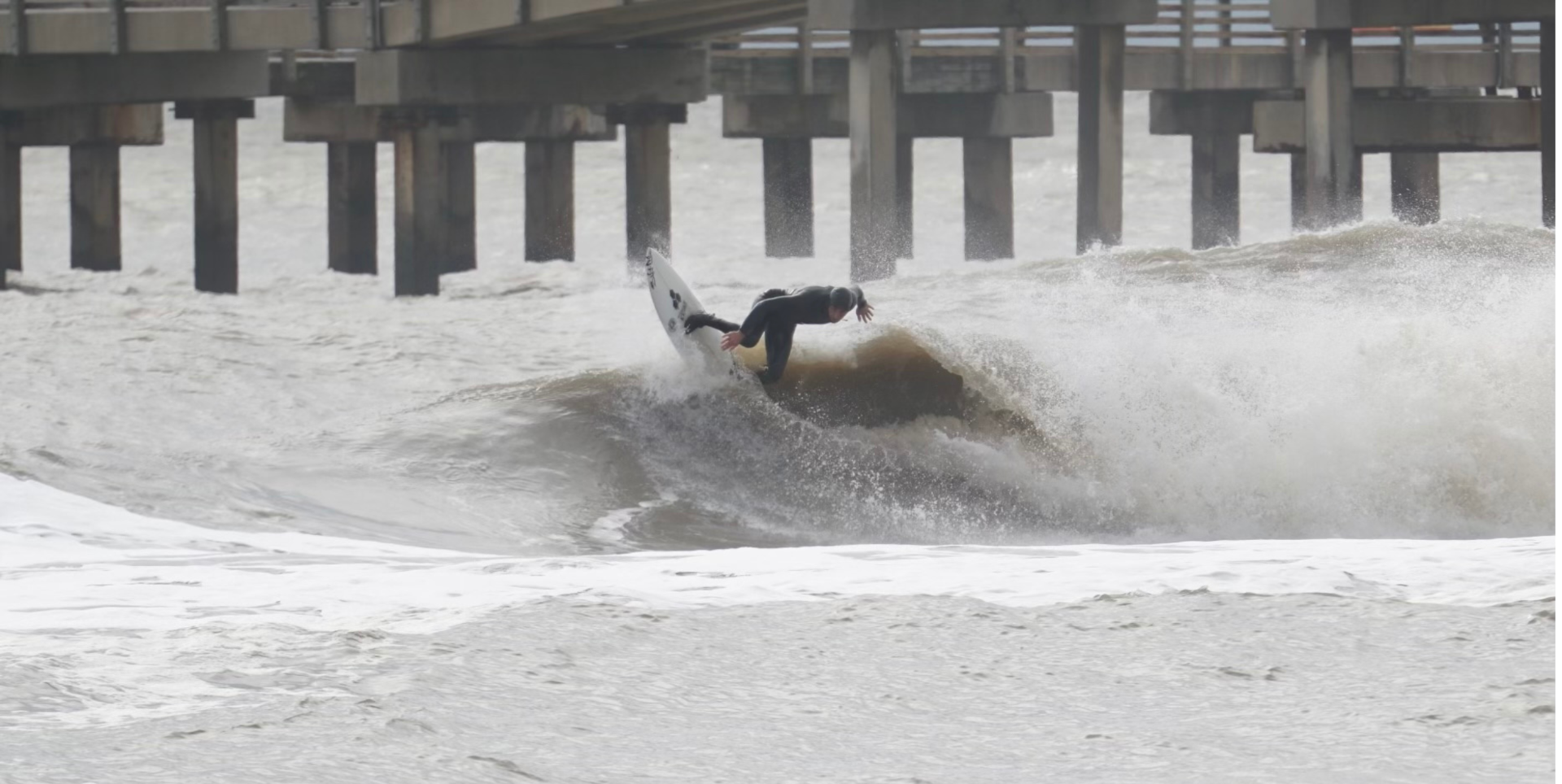 Kris Hopkins is one of Salt Life’s newest team members. Kris grew up on Galveston Island, a barrier island just south of Houston, and, like his father, he grew up surfing. Kris has been a competitive surfer since he was 10 years old.

As much as Kris loves beach surfing, the waves on Texas’s Gulf Coast are super inconsistent—especially in the summer, when he can go a full month without riding a wave. While summer storms occasionally bring some good surf, it tends to be pretty flat until fall rolls around.

However, South Texas surfers have found a solution to that problem in the form of tanker surfing. Rather than letting the surf come to you, tanker surfing involves chasing the waves created by the massive ships that pass through Houston’s shipping channels. Here, Kris breaks down everything you need to know about getting after tanker waves.

What is Tanker Surfing?

When a tanker or cargo ship rolls through a shipping channel, its wake creates a massive wave, which breaks when it hits the sandbar beneath the surface. The waves vary in size depending on the weight and speed of the ship, but they can reach waist or even chest high.

Tanker surfing is unique in that the ships create one long, practically unbroken wave that you can ride for several minutes. Last year, Kris managed to catch a mile-long tanker wave that took him, his father, and his son on an epic seven minute ride.

What You Need for Tanker Surfing

First and foremost, tanker surfing requires that you ride out towards the shipping channel on a jet ski or boat. You’ll also need to know when to expect the tankers, which requires a bit of research using a shipping website like VesselFinder.com.

In terms of equipment, Kris recommends using a longboard, which will help you get over the steep parts of the wave and glide through slower or deeper sections.

Even if you’re an experienced surfer, tanker surfing presents some unique challenges. Here are some of Kris’s best tips for a great day riding tanker waves:

Between the Waco Wave Park and Gulf Coast tanker surfing, Texas is home to some of the most unique surfing experiences in the country. We’re glad to have Kris on Team Salt Life, and we’re super grateful to him for sharing his knowledge and experience with us! You can follow Kris on Instagram @hoppy_crew. Be sure to subscribe to our YouTube channel for more insider info from the best surfers in the country. Stay Salty!