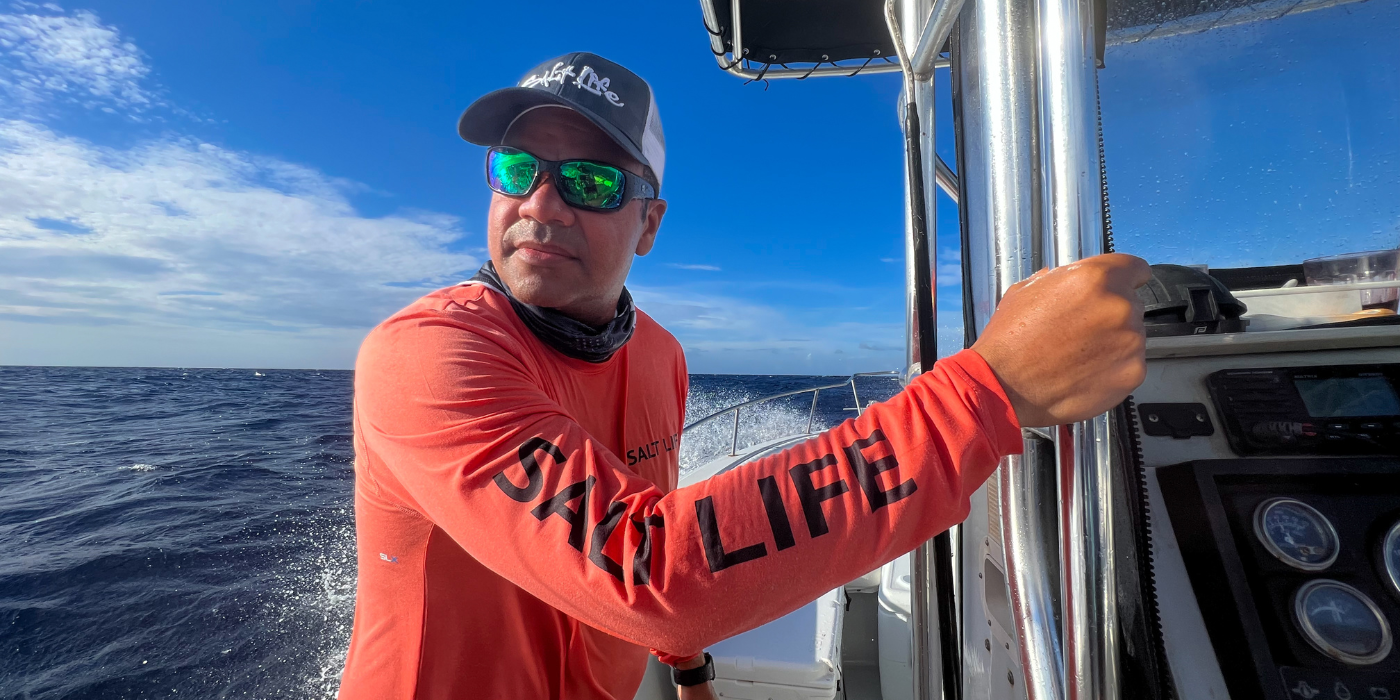 Shawn Jackson is an underwater photographer and all around waterman who hails from Roatan, Honduras. Shawn teamed up with fellow Salt Life team member Captain Enrick Bush on the Wahoo Slayer in this year’s Roatan fishing tournament.

What is the Roatan Tournament?

The Roatan fishing tournament is held every year in Roatan, Islas de la Bahia, Honduras. The three-day event is centered around Honduras’ Independence Day on September 15th. For almost 25 years, dozens of anglers from around the globe have descended on Roatan in the late summer to enter the tournament and enjoy a week of fishing and entertainment.

The Roatan tournament is strictly catch and release. Anglers who are caught bringing catches in are disqualified. With a focus on conservation, the tournament has aligned itself with The Billfish Foundation and participates in its “Tag and Release” program to track billfish locally. This information helps the foundation to understand the population, migratory patterns, growth rates, and more about the billfish in the area.

Getting Ready for the Tournament

Getting ready for a multi-day tournament like Roatan takes a lot of preparation. Charter boat captains first need to decide who they want on their crew. Choosing the right team can make all the difference when it comes to how your week will go. Each team consists of four members who must take on important roles to ensure things run smoothly.

Next, the crew needs to prep the gear. They’ll have to spend time taking care of the basics like respooling rods, making sure lines are all fed properly and ready to go, and all supplies are stocked.

To prepare the vessel itself, the crew will clean and fuel the boat, organize all the gear, ensure that coolers and backup supplies are ready to go, and stock the crew with plenty of water and food for long days.

It’s also important to prepare for all potential weather conditions. Things can change quickly, so it’s a good idea to be stocked and ready for anything.

Once the crew and the boat are prepared and stocked, it’s time to hit the water and catch some fish!

The tournament features three levels of competition that anglers can compete in. The Billfish category, the Rodeo category, and the Junior category.

The anglers in this category are fishing for blue and white marlin, sailfish, and spearfish. Blue marlins will earn 500 points, white marlin will bring in 300 points, and sailfish and spearfish each earn 200 points for competitors.

The Rodeo division anglers are catching wahoo, dolphin, tuna, and kingfish. Anything over 20 pounds qualifies in the rodeo division. The winner this year was a record-breaking 208lb yellowfin tuna.

In this category, junior anglers are 15 years old or younger. These teams are fishing for barracuda, mackerel, kingfish, wahoo, dolphin, and tuna. The catches are required to be 15 pounds or more.

This year, Team Salt Life competed in the Billfish Category while aboard the Wahoo Slayer. Over the course of three days, the crew made several catches, and lost a few too. On day one, they fought for a large billfish, but in the end, the fish won the battle. On day two, they caught and released a blue marlin and another billfish that Shawn estimates were over 250lbs. On the third and final day, the crew wrestled a marlin, but ultimately the fish escaped their rig.

When a team brings a fish into the boat, someone must quickly photograph it before releasing the catch back into the water. The photo must be submitted to the judges before the close of the day. Each type of fish is worth a certain number of points, and the team with the most points wins.

The 2022 winners brought in several marlin and sailfish. Had team Salt Life been able to hold on to those wicked bites, they would have been in the running, but as they say - there’s always next year!

To this day, the record-holding catch was a blue marlin over 700lbs in 2008. Although Roatan is strictly catch and release, anglers who think they’ve beaten that record may bring in their catch to be weighed. With one caveat: if the fish brought back doesn’t beat the record, the angler is automatically disqualified!

You can find contact information for then captain of the Wahoo Salyer, Enrick Bush, as well as many other captains from around the world on our Salt Life charter captain directory. Check it out and book your next offshore charter today!