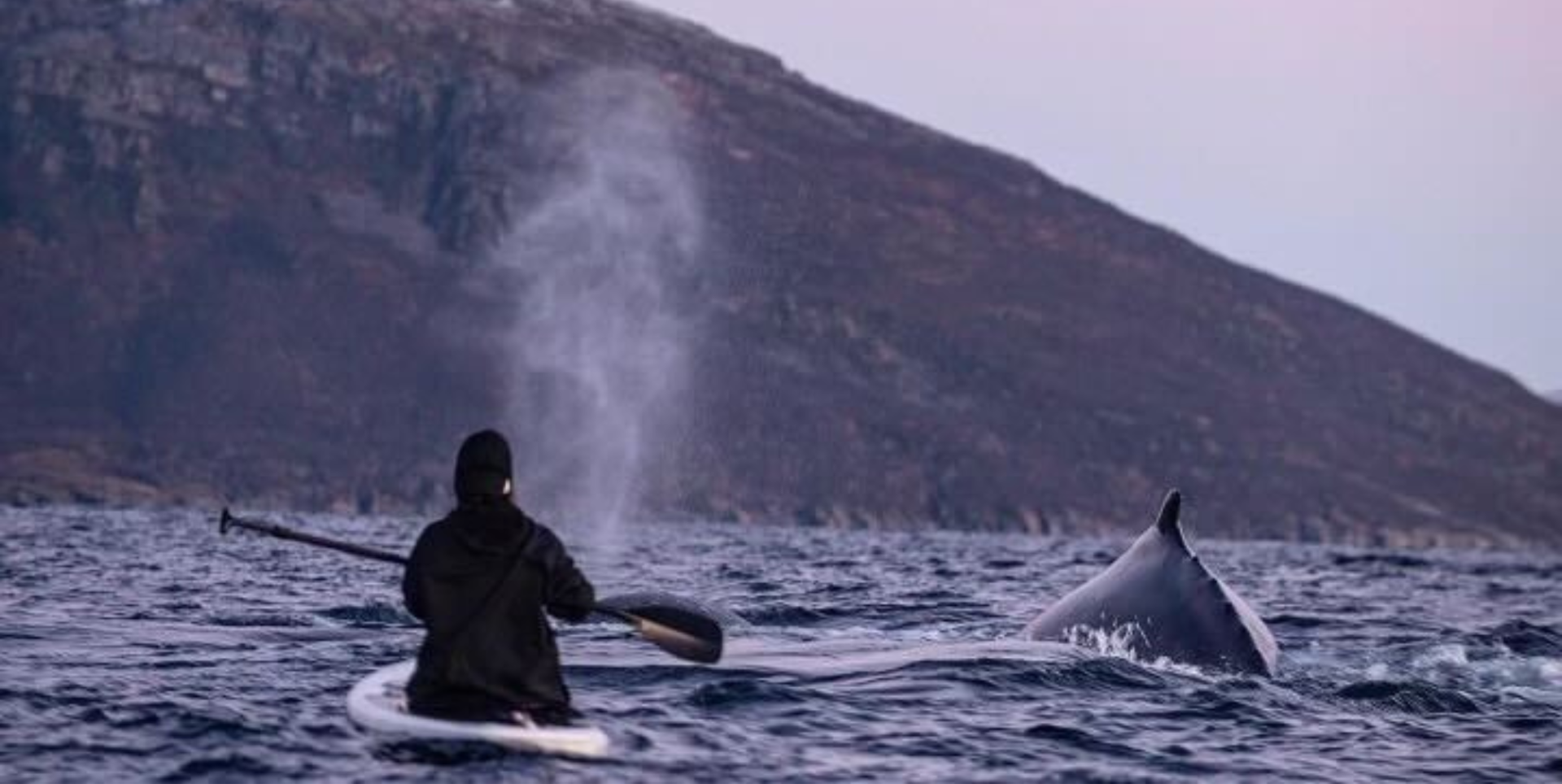 Salt Life team member Demi Landers is a free diver from sunny south Florida, where she grew up on the water. When not working full-time as Salt Life’s National Sales Manager, she spends her days diving, spearfishing, and lobstering with her husband Kristofer. We caught up with Demi to hear about her incredible trip to Norway’s stunning Arctic fjords, where she spent eleven days in the water alongside majestic orcas and awe-inspiring humpback whales.

Demi’s once-in-a-lifetime journey to Norway came about in an unlikely fashion. A friend of theirs was tucking his daughter into bed one night when she asked to see a video of a killer whale. That naturally led to a YouTube rabbit hole of watching free divers slide into the water with humpback whales and orcas. Her friend was soon in contact with Jacques De Vos, an expedition guide and award-winning diver and photographer.

Jacques’s outfit, Arctic Freediving, happened to have had a last-minute cancellation, and before she knew it, Demi and her group were shopping for wetsuits, gloves, booties, and all the gear necessary for an Arctic adventure. It took 24 hours and four planes to get to Tromsø, a city in Northern Norway. There, they stayed in seaside cabins, conquered their jetlag, and learned all the do’s and don’ts of swimming with ocean mammals. Soon they were on their way to Skjervøy, where their catamaran was docked and ready to take them on the trip of a lifetime.

The group spent the first two days scouting the area and waiting for the right time to suit up and dive in. While seeing orcas and humpbacks is practically guaranteed, it’s crucial to find a pod that’s congregating and feeding to ensure a good dive. It wasn’t until the third day that the group came across a promising pod of orcas, who, just as curious to observe another species in the water, surfaced to check out the humans on the catamaran.

Between Demi’s adrenaline and her 7mm wetsuit, she was able to stay warm enough to fully enjoy the splendor of swimming alongside the orcas. The pods consisted of large males, smaller females, and babies whose grace, playfulness, and intelligence were uncannily human. Despite their size, Demi felt completely safe swimming with these gorgeous creatures.

On the fourth day, the group was on their way back to the dock as sunset neared. From a distance, they could see another orca pod and some humpback whales. They raced towards the bait ball, suited up, and got in the water. Demi hopped on the paddleboard while her friends jumped in for a dive.  She found herself in the middle of a frenzied twist of humpbacks and orcas feeding on the bait ball. Her board rocking side-to-side, she lowered herself to her knees just as a massive orca breached the surface in an explosion of fish and frigid water.

While Demi watched in awe, her friends underwater found themselves in a dangerous situation. They were suddenly at odds with one of the cardinal rules of whale diving: don’t get in the middle of a bait ball. The pair could see an open-mouthed humpback racing towards them from below and knew they had to get out of the way. They swam for their lives and surfaced just in time for the humpback to get his dinner.

Back on the catamaran, the group warmed up with soup and hot cocoa and came down from their adrenaline high. With the day’s adventure behind them and the Northern Lights dancing above, Demi knew her Nordic journey would be one for the books.

There’s nothing quite like swimming with whales to remind you of nature’s majesty! Demi’s amazing trip to Norway is just one of thousands of awe-inspiring stories shared with us over the years, and we never get tired of hearing about how our team members connect with nature and live the salt life.

You can hear more about the amazing ocean adventures that await you by tuning into Above and Below on Spotify, Apple Podcasts or wherever you get your podcasts. And if you’re ready to gear up for your next adventure, be sure to stop by our online store for top-of-the-line performance wear. Stay salty!