"Raised on the water, Connor began competing in Windsurfing and Surfing events at the age of 8. By 14, he was surfing the biggest waves in the world – becoming the youngest person to ever windsurf the infamous Jaws break. At 16, Connor shifted his focus to Stand-Up Paddle and immediately became the sport’s prodigy after setting a world record at the Molokai-2-Oahu World Championships, 4 minutes ahead of the closest competitor. Now 22, Connor’s accolades have only grown more impressive. He is the Stand Up Paddle World Champion (2014 and 2016), the Fastest Paddler on Earth (2013 and 2016), two-time SUP Athlete of the Year (2013), three-time Male Paddler of the Year (2011, 2012, 2014 and 2016), Pacific Paddle Games Champion (2015 and 2016) and has more than 100 first place finishes. With the prime of his career ahead of him, Connor has become the trailblazer for the world’s fastest growing sport.” 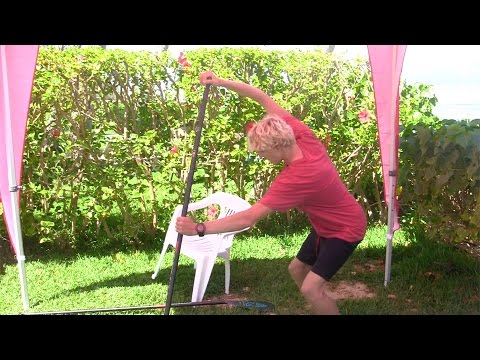 Interview with Connor Baxter on SUP paddle length and stroke technique at the 2017 Starboard distributor meeting on Maui. I asked Connor about his new 2017 paddle design that I can't show yet. I can...