Chris Gillette: Diving
Follow:
Chris Gillette is a wildlife biologist, photographer, and animal handler born and raised in Florida where he has spent a lifetime working with gators, crocs, venomous snakes, sharks and many other animals. Chris works in media both behind the lens and in front of it on film projects for Discovery Channel, National Geographic, Animal Planet, CNN, NBC, E!, Travel Channel, The Weather Channel, as well as numerous local and foreign networks. He has a bachelor's degree in Environmental Studies from Florida International University with several academic publications in the field of invasive species biology, as well as numerous publications in popular literature highlighting award winning photography and stories. His photographic style is well known for close up underwater shots of wild alligators, crocodiles, and sharks. 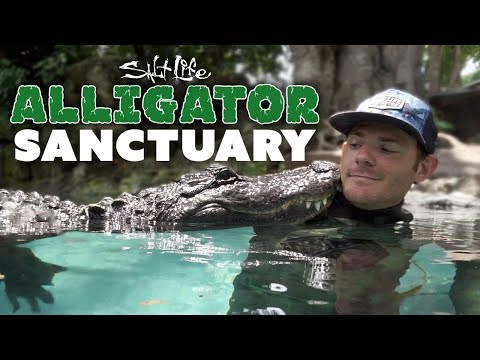 Demi and Kieran take a tour of the Everglades Outpost which is an animal sanctuary with giant alligators! Christopher Gillette Website: www.ChrisGillette.com Instagram: GatorBoys_Chris For the best ...